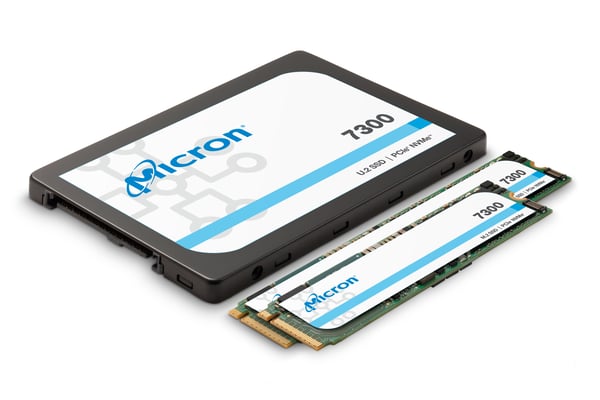 Around the turn of the century disk drive manufacturers started the transformation of previous disk drive interfaces to SATA. If your application was boot drive or system disk, the choice for interface for one drive would be SATA. In 2008, advancements had been made on the SATA interface to reach speeds of 600 megabytes per second (MB/s) which was referred to as SATA III.

M.2 SSDs are Smaller and Cooler

The HDD had another constraint, an enclosure is required to protect the moving parts being the reading head and the spinning storage disks. The SSDs made strictly out of non-moving silicon components require no enclosure for protection, leading to a new factor known as M.2, or the “gumstick “ with a raw circuit board and soldered down components exposed to open air. This allowed the SSD’s to become substantially smaller, made cooling easier, and provided much-needed space for other or additional devices. 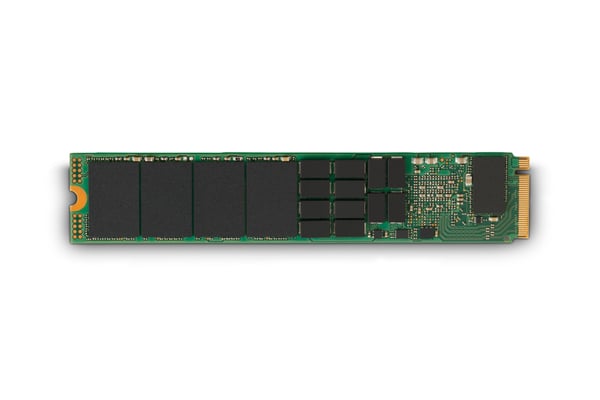 Most boards today provide the option of using a SATA or an NVMe drive to boot your system or run your operating system and application. When using SSDs, you have the option of also using the M.2 form factor for either the SATA or NVMe interfaces. By choosing the NVMe interface in you will have the ability to utilize a much faster interface, as well as take advantage (or continue) using the M.2 or 2.5” form factors.

NVMe SSDs will get all future Support & Innovation

Why is now the time to switch from SATA to NVMe? As stated, prior, no new developments are on the way for the SATA interface. Today SSD’s that are SATA are primarily still manufactured as an exact drop-in replacement to the Hard Disc Drive in form, fit, and function. However, now that NVMe solid state drives can utilize the PCIe bus, much development is currently in the works to migrate from PCI Gen3 to PCIe Gen4 right now. And in a few years, dramatic speed improvements will be available again when PCIe moves from Gen 4 to Gen 5. At the same time, new form factors are being developed for these NVMe solid state drives like U.3, E1.S, E3.S, and more with no new form factors being developed for SATA interface solid state drives that will remain at M.2 and 2.5” form factors.

With all the time and money spent on improving NVMe interfaces and form factors, the production volumes and product support emphasis will continue to lean towards favoring NVMe products moving forward. The SATA interface SSD suppliers are already eliminating the consumer and client version SKU’s. As customers decrease they will continue to limit capacities available, already the largest M.2 SATA SSD from Micron is 2TB in the Micron enterprise 5300 family with the SATA Micron 1300 family being eliminated. The Micron NVMe 7300 offers M.2 up to 4TBs, with options expanding in the upcoming Micron 7400 NVMe family.

NVMe SSD Pricing and Availability will be far better

If you are looking to design in a new drive today for your system, whether it’s to boot or run your operating system, you strongly consider moving to NVMe. The market already shows SATA drives are getting higher priced, harder to get, options are limiting, end of life notices occurring rapidly with no new developments moving forward. NVMe has interface speed improvements coming, form factor options broadening, and the support and focus from the supplier choosing the NVMe for the future.

Good luck with your designs. I am available to help in any way - just reach out.

Stay up to date on the latest news and information from our industries!